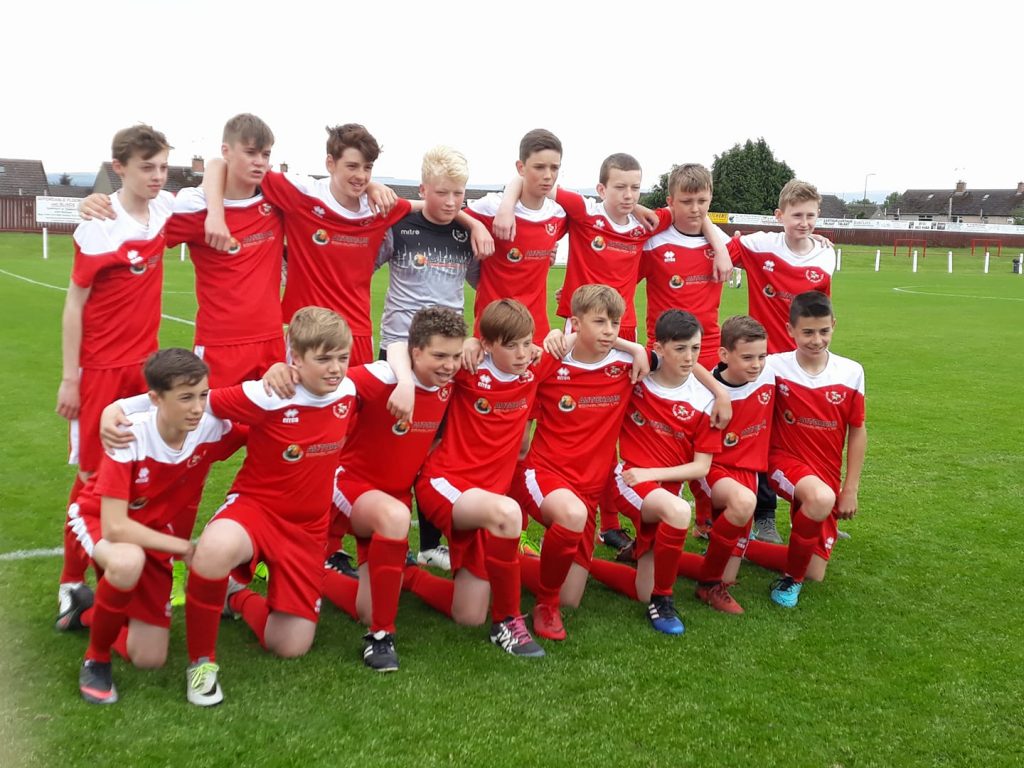 On Saturday 21st May Gullane Athletic U14 played Currie Star Colts in the final of the Charles Kilvin Cup having beaten Eyemouth United, Edinburgh United and Craigroyston BC along the way.

In the first half the Gullane players saw their nerves get the better of them and they didn’t play anywhere near the level that that they had in the last few weeks. At half time the score was Currie Star Colts 2 – 0 Gullane Athletic.

The players raised it a level in the second half and had numerous chances including a controversially disallowed goal.  They finally put one in after a well worked period of play.  The final score was Currie Star Colts 3 – 1 Gullane Athletic.